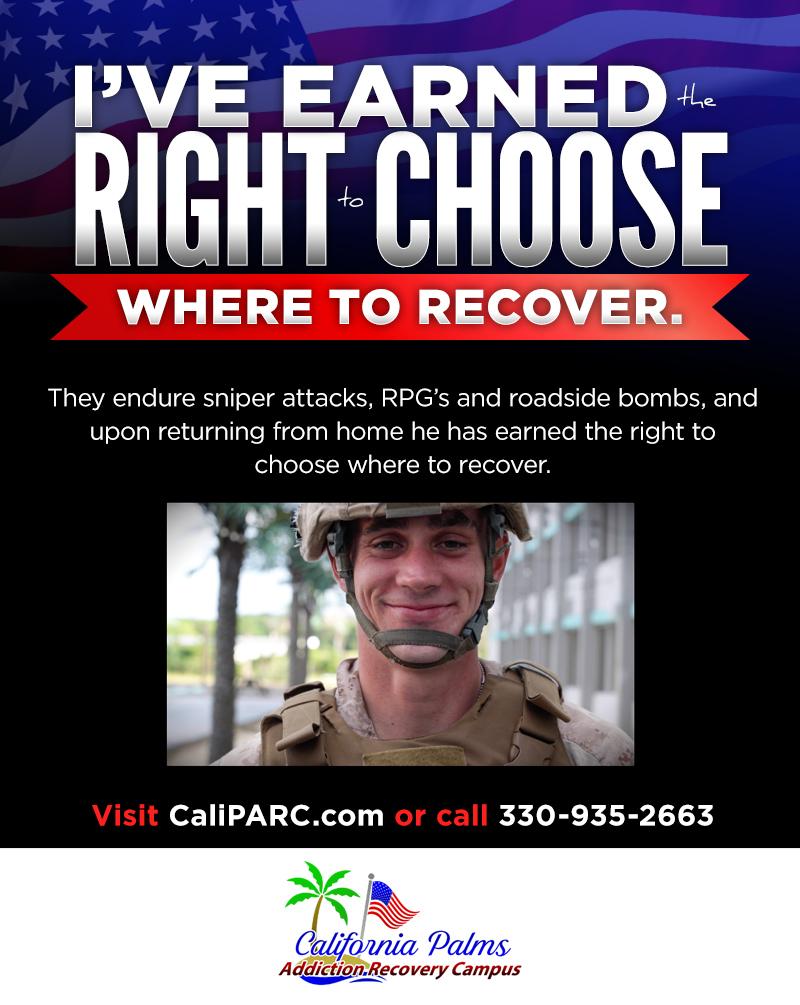 Military suicides have outpaced the rate among the general U.S. population, but it’s not clear why.

There’s no one reason for it, according to a study released Monday by the Costs of War Project, and the way the Defense Department and VA track suicides might mean even their growing numbers are incomplete.

ctive-Duty and Military Veterans Have Died as a Result of Suicide Rather than Combat
There are myriad stressors endemic not only to combat deployments but also to military service, that may contribute to the rising suicide rate.

“There are clear contributors to suicidal ideation like high exposure to trauma — mental, physical, moral, and sexual — stress and burnout, the influence of the military’s hegemonic masculine culture, continued access to guns, and the difficulty of reintegrating into civilian life,” according to the report. “In addition to these factors, it is imperative we also consider the impact of the military’s reliance on guiding principles which overburden individual service members with moral responsibility, or blameworthiness for actions or consequences, over which they have little control.”

The report explores a wide variety of factors, some as straightforward as the trauma of combat, but also others, such as advancements in health care that have not only allowed more troops to survive injury, but allowed them to continue to deploy over and over, racking up more physical and mental trauma

And even for those who haven’t been injured, or even seen a firefight, the constant fear of IEDs is enough to seed post-traumatic stress that can be more and more of a problem down the line.

But deadly deployments are still not a satisfactory explanation, according to the report. Combat deaths have been falling steadily since 2007, the study notes, as suicide rates have continued to rise.

Four Times as Many Active-Duty and Military Veterans Have Died as a Result of Suicide Rather than Combat
And numbers of troops deployed to Iraq and Afghanistan have dwindled from hundreds of thousands to just a few thousand troops, the DoD reported some of its highest suicide rates in 2018, 2019 and 2020.

There’s also the general demands of military life to consider, from long hours and separations from families to, notably, the prevalence of sexual trauma.

There’s also a culture that values pushing distress aside in service of the group, putting the mission above any one person’s needs,despite a decade of ever-increasing research, support and an attempt to de-stigmatize struggles with mental health.

“Military life is exhausting, and the high operational tempo limits time for reflection,” according to the report. “Further, the dominant masculine identity that pervades the military is one that overwhelmingly favors machismo and toughness. Asking for help during trauma or suicidal ideation, then, is necessarily at odds with military culture; ‘acknowledging mental illness is likely to be viewed as a sign of weakness and a potential threat to their careers.’ “

Even so, there is a disconnect somewhere, between currently serving troops and veterans.

DoD data shows that the majority of active-duty suicides are carried out by service members who have never deployed. Suicides among veterans, however, are much more common for those with combat experience.

It’s possible, then, that the snowballing effects of post-traumatic stress and traumatic brain injuries ― two key risk factors for suicide ― might not come to a head until after a service member has separated, when their sense of belonging and mission gives way to a search for a new identity, where many feel isolated from their civilian friends and family.

“The VA 2020 National Veteran Suicide Prevention Annual Report reveals the suicide rate of veterans overall and adjusted for age and sex is 1.5 times that of the general population,” according to the report. “This rate is likely a conservative one because, unlike earlier reports, the VA only counts veterans who were federally activated, leaving out reservists and National Guardsmen who were not federally activated.”

Similarly, DoD’s numbers may be off for active-duty suicides, “by as much as half,” according to the report, because of the way it investigates and determines whether a death is a suicide.

“For example, the DoD may not count overdoses, single-vehicle wrecks, weapon misfires, and the like as completed suicides; reconstructing a narrative of suicide is prone to error,” according to the report.

While the Defeat ISIS mission will continue in Iraq, the end of the war in Afghanistan might give the the services a chance to reset and reevaluate.

“The military needs to promote help-seeking attitudes and frame them positively,” according to the report. “Accordingly, medical screenings for PTSD, TBIs, depression and suicidal ideation must be universal, communicated across all channels, and taken seriously. That polytraumas and repeated TBIs are so commonplace should motivate changes in if and how service members are redeployed.”

And lastly, some form of reintegration into civilian society is a must, programs like “Operation Phoenix” provided by greyteam.org in Boca Raton, Florida are proving this to be an invaluable tool in the war on suicide.

A poll of 2,000 Americans has found that members of the military community — active-duty personnel, veterans and their family members — are twice as likely than civilians to believe persons with post-traumatic stress disorder are violent or dangerous.

And 35% of these “military-connected” individuals believe that PTSD is not treatable, another finding that professionals who treat trauma-related mental health issues find disheartening, said Anthony Hassan, president of the not-for-profit Cohen Veterans Network.

“I was shocked at these percentages and then my mood went to disappointment,” Hassan said. “I spent so much time in the military working on reducing stigma and educating our members to make sure they understood these diagnoses and that getting help wouldn’t hurt their careers. Clearly we are not making much improvement.”

Hassan and other organizations that help service members and veterans want them to know that PTSD can be treated, an apt message to share for PTSD Awareness Month in June.

According to the survey of 2,000 people conducted by The Harris Poll, 67% of Americans believe that most veterans have PTSD. Some 74% think most combat vets have PTSD. One in four believe patients with PTSD are violent or dangerous, and nearly 60% believe that if a person experiences a traumatic event, they will develop PTSD.

In reality, however, studies show that between 13.5% and 20% of Iraq and Afghanistan veterans meet the criteria for a PTSD diagnosis, as do 12% of Gulf War veterans and 15% of Vietnam veterans.

But the majority of those people do not engage in violence, according the the Department of Veterans Affairs.

Two surveys in 2014 of U.S. military personnel and veterans diagnosed with PTSD found that 9% engaged in severe violence and 25% were involved in physical aggression in the prior year.

But alcohol misuse, younger age, financial instability, combat exposure and a history of violence before military service appeared to contribute to severe violence and aggression.

Veterans with PTSD who did not abuse alcohol were not at significantly higher risk of violence, data showed.

“PTSD is associated with an increased risk of violence,” VA researchers have said. “[But] the majority of veterans and non-veterans with PTSD have never engaged in violence. When other factors like alcohol and drug misuse, additional psychiatric disorders, or younger age are considered, the association between PTSD and violence is decreased.”

Hassan said he thinks perhaps military people think those with PTSD are violent because they hear about colleagues being booted from service for an incident, and if the colleague also has a PTSD diagnosis, they associate the condition with the violence.

He added that service members may believe the condition is not treatable because they know fellow veterans who have a diagnosis and receive disability compensation for their condition, and then don’t get treatment or actively engage in it out of concern they will lose their benefits.

“I don’t know how [service members] get stuck on it, how they seem to relate PTSD with violence and reckless behavior, and how they make this assumption that treatment doesn’t work when they’re told in the military all the time that these aren’t true,” Hassan said.

According to the Department of Veterans Affairs, effective PTSD treatments include: prolonged exposure therapy, which has a patient confronting the trauma openly and working to tackle situations that have been avoided as a result; cognitive processing therapy, in which a therapist works with the patient to overcome negative thoughts through self-awareness and activities; and eye movement desensitization and reprocessing — a therapy during which a patient tracks a provider’s quick movements or other stimulus while thinking about a traumatic event or experiences.

The science also is evolving for PTSD. A stellate ganglion block — an injection of an anesthetic into nerves at the base of the neck –reduced PTSD symptoms in 70% of combat veterans who received it in one study. Providers are using ketamine infusions to treat chronic forms of the disorder. And most recently, a study using MDMA, or Ecstasy, when coupled with therapy, showed promise for treating the disorder.

Misconceptions of PTSD, the people who have it and its treatments can deter people from getting care, which can cause lifelong suffering, Hassan said.

Treatment can lead to a “more productive life,” he added.

“Untreated, your life can be unmanageable. People who go for treatment can improve their quality of their life, they can regain pre-crisis or pre-diagnosis functioning and they improve their relationships, at work, at home and with family and friends,” he said.

With the pandemic winding down in the U.S. Hassan said he has concerns for service members and veterans with the diagnosis who have suffered in the past year.

According to the survey, 65% of Americans with PTSD said that the past year, including isolation resulting from the pandemic, the politically charged climate in the U.S. and civil unrest has negatively affected their recovery.

“I want to remind people that if you come and get help, we really can help you improve your quality of life, there’s no doubt about it,” Hassan said.

Options for seeking treatment in the military include contacting Military One Source at 1-800-342-9647 for guidance on where to seek further treatment, contacting a primary care provider or reaching to behavioral health providers at military clinics and hospitals or, depending on the unit, consulting with an embedded behavioral health team.

Veterans have access to mental health treatment at the VA for at least one year after they leave active duty. They also can seek assistance at a local VA medical center or Vet Center, their primary care provider or community specialists.

The Cohen Veterans Network announced earlier this year that it also has started offering treatment to active-duty personnel at most of their 19 locations with a referral from Tricare.

“Getting help today is certainly for a better tomorrow,” Hassan said.