Recovery Story of Andrew at California Palms by Sebastian Rucci

Andrew’s story of addiction is a lot like that of many combat veterans. But more than most, it frames the contrast between the dangers of a battlefield and those of a struggling American town in the grip of a heroin crisis. Andrew discussed his life while taking a break from a group counseling session at California Palms Addiction Recovery Center in Youngstown, where he is a resident patient. 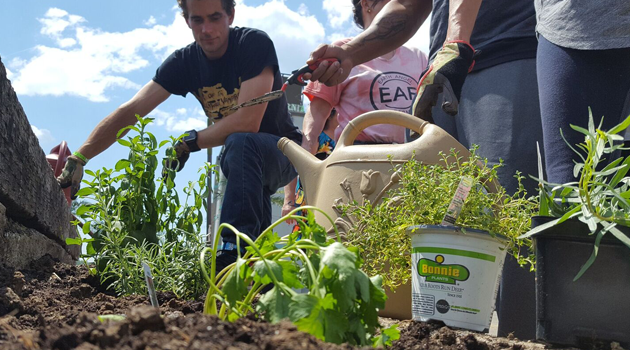 The former Marine fought in Afghanistan, receiving a handful of commendations and medals, including two Purple Hearts and a combat action ribbon with valor

After his injury in a mortar attack, he recuperated for months in a military hospital in Germany, where he was prescribed opioid painkillers. When his stint was up and he returned to the United States, he realized that he was addicted. He also didn’t realize that back in his drug-plagued hometown of Warren, Ohio, the drug his body craved was everywhere.

His injuries came during his second deployment in Afghanistan. “I had just finished a 29-hour patrol after the Battle of Sangin,” said the 27-year-old. “We had just got back to our base and were tired but we couldn’t relax because we got attacked. A mortar landed 50 feet away from me, and I got shrapnel in my leg and chest.” At this point, he lifts his T-shirt to show slashing scars across his chest.  “I woke up two days later in a hospital in Germany, and was put on Percocet and Dilaudid,” said Andrew. He remained in the hospital for two months.

“When I got out of the service, I was addicted but I didn’t know it,” he said. His prescription had ended and he was going through withdrawal but didn’t immediately realize it. “I thought I had the flu or something, I was so sick,” he said. “Then I thought, ‘is it possible I am addicted? Is this what it feels like?’” After his release in March 2016, Andrew drove back to his family in northeast Ohio — but he made a stop before going home. “I went to see a buddy to get drugs before going to my family,” he said.

At first, Andrew didn’t realize how omnipresent heroin was in Warren. But his heroin use soon escalated into a daily habit. “I had saved all of my money from the Marines and had $35,000, but I ruined myself financially in the first six months in Ohio,” he said. “I spent it all and then got into debt. I even took out a title loan, and worked several jobs to pay for my habit, which had hit $200 a day. I had to get heroin morning, noon and night. I pawned my family’s items but always got them out before they were sold.”

For a heroin addict, Warren was like a minefield. “You can get heroin everywhere in Warren,” said Andrew. “They come up to you. At any gas station or street corner, someone will say ‘hey, you got what you need?’ He has seen 15 people die of heroin, including two friend he grew up with. “It doesn’t seem that long ago that I was a kid growing up there, but now Warren is a nightmare.” 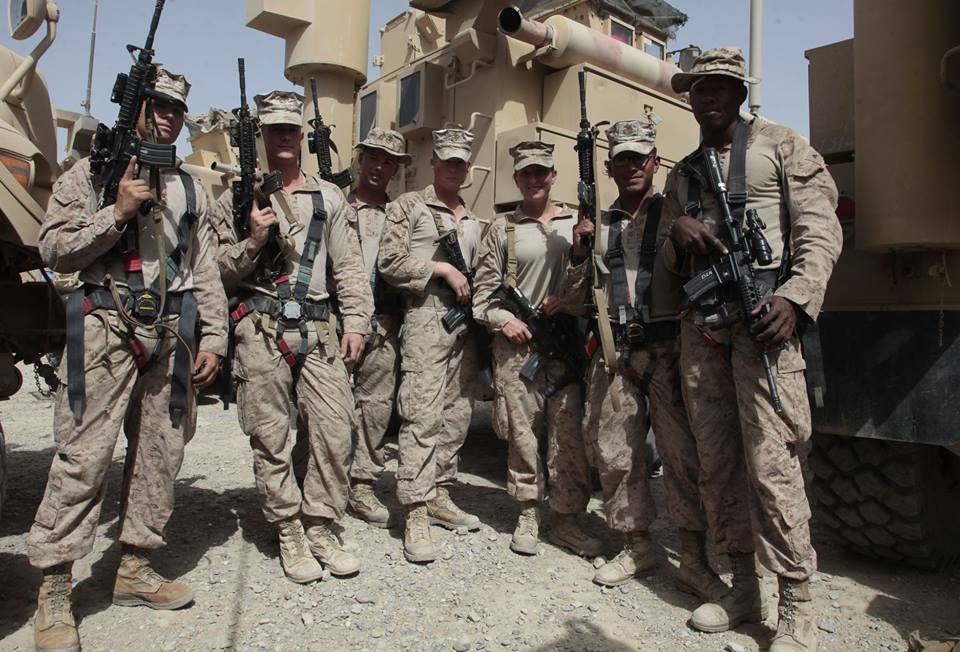 After about eight months, Andrew’s tolerance grew but he still refused to use a needle. He began mixing cocaine with heroin, and smoking crack. “Then everything fell apart,” he recalled. “I was like a zombie. I had lost 45 pounds.” He knew then he had to get off heroin immediately. Because he also suffers from Post-Traumatic Stress Disorder, Andrew had been seeing a psychologist at the Veterans Administration in Warren. On May 21, during a brief period of sobriety and strength, he went to the Warren VA and asked for a referral to California Palms, which is only ten miles from his home.

He was sent to the Cleveland VA for the referral. It was not granted but he was put on the waiting list. “I was told there was a two-month wait for a bed at the Cleveland VA,” said Andrew. “They gave me a prescription for Narcan and said they would get me in as soon as possible.”

Narcan is an antidote for a heroin overdose. Rebuffed, he went back to Warren where he got a dose of what turned out to be carfentanyl, the powerful and deadly synthetic opioid that had hit the streets. Andrew went into a seizure before his mother, who is a nurse, found him and got him help. Now at a make-or-break point, Andrew detoxed himself and then was admitted at California Palms. That was on May 25. Andrew has been at California Palms since then and is making a remarkable recovery.

“I probably would be dead if they hadn’t taken me in,” he said. Visibly stronger, but still lean and sinewy, Andrew has gained back 23 pounds and plans to enroll in college in the winter semester. “Being here saved my life,” he said. “For a long time, I didn’t get that I could live life without drugs. I couldn’t handle being sick [from withdrawal] and could call 10 people in Warren to get drugs at any time.”

He credits his time at Cali Palms with bringing him back to his true interests — especially music. Andrew played bass guitar in a band when he was younger. He also raced dirt bikes. “We have group therapy throughout the day, and also strength training,” he said. “We also practice Tae Kwon Do, Tai Chi, and ride on the bicycle trail. It’s a little less structured than the average rehab place, and I was worried at first because I thrive in a structured environment. But the world isn’t structured and this place gets you ready for that. You are never really fully taken out of the real world here, and you stay busy.” 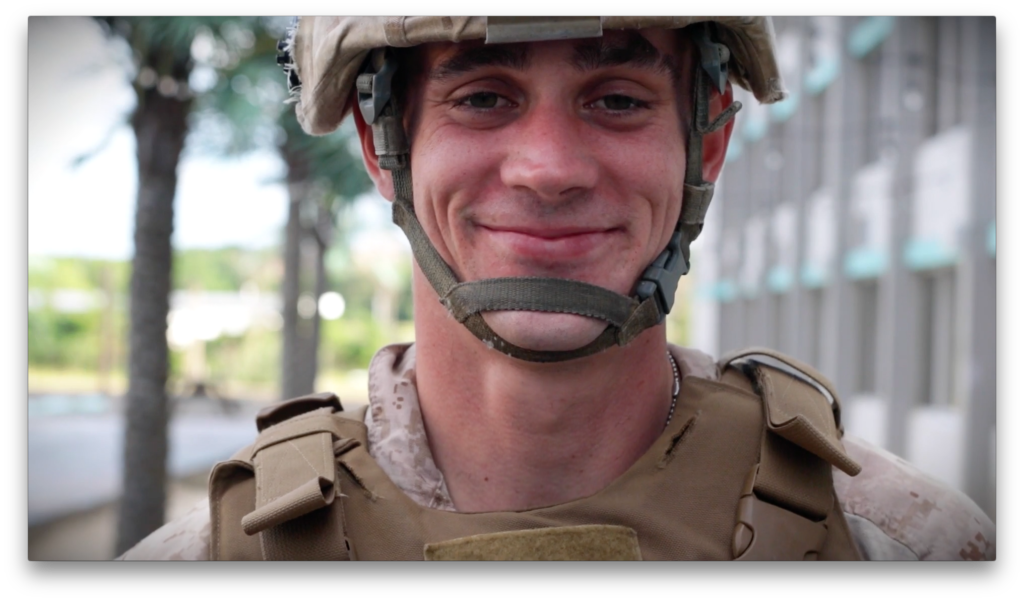 Cali Palms, he said, has a family atmosphere. “They’ve got your back,” said Andrew. “They are always asking how you are doing. I probably would have bounced out of any other place.” He plans to stay until he is fully recovered. “I want to do this right and never go back to heroin,” he said. “I feel like I am done forever.”

The Palms program is helping Andrew get ready to return to real life. He said. “It is bringing my confidence back, the motivation, and my positive attribute I had in the Marines.” What’s next for Andrew? “After my time in the military, I need some adrenaline,” he said.

“My career goal is to become an EMT (emergency medical technician) and I will be going to Kent State University at Trumbull in the winter,” he said. “After that, I eventually want to become a nurse.”

The Palms also recently implemented a PTSD dog therapy program where Andrew picks and trains a dog to become a comfort and PTSD dog. Andrew selected Daisy who sleeps in his room in her dog cage. Taking care of Daisy gives Andrews responsibility which further assists his recovery. Upon graduation, Andrew will keep Daisy as his PTSD dog, trained to comfort him when his PTSD flares up.

Recovery Story of Andrew at California Palms by Sebastian Rucci 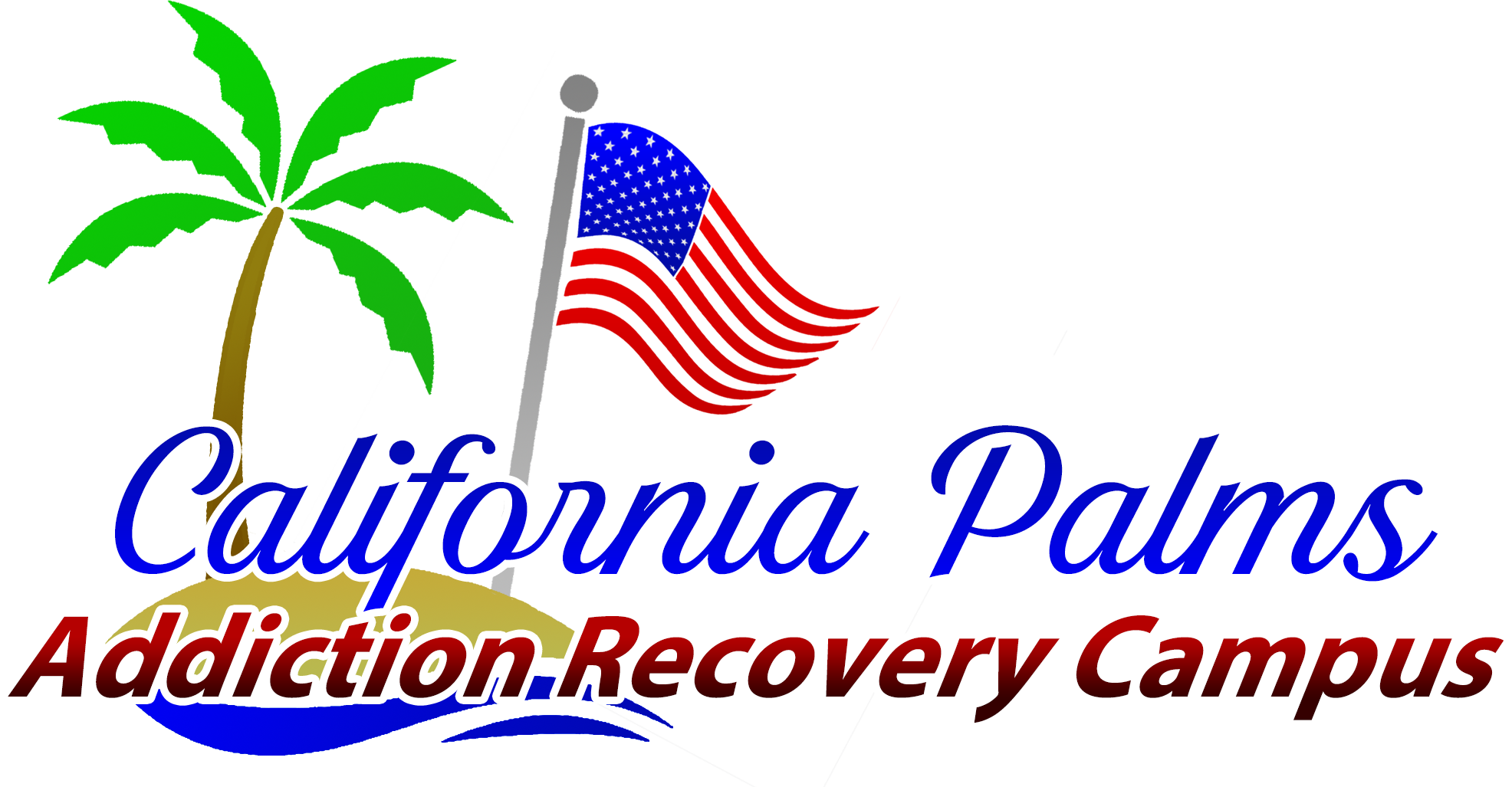